It’s a cycle. Such a treacherous cycle. It’s as if I am riding a roller coaster of emotions that I can’t shake. Will the ride ever end? Will these feelings ever end? One moment I’m mad; next, I’m numb and finally I’m tired. Tired of arguing with those who could  care less about my thoughts and feelings. Who could care less about the constant state of fear that I live in EACH and EVERY day. Fearful that my skin color may threaten someone so much that a simple encounter may be my last.  Fearful of speaking out, because of being labelled as the “angry, black woman.” LISTEN. We hurt, too. We are human, too. We deserve respect, honest and the ability to walk the streets without ridicule and threats, too. We deserve innocence, too. We deserve protection, too.

I shouldn’t have to write a post about the things that we deserve, so I’ll focus on what we don’t deserve.

We don’t deserve to be gunned down, while needing help because our car has broken down.

We don’t deserve to be gunned down for explaining to a police officer that we are carrying a weapon in an open-carry state.

Our children don’t deserve to lose their lives because their playing with a toy gun, or mistaken as a suspect during a police raid.

We don’t deserve to be followed, assaulted and gunned down after purchasing skittles and an Arizona from the local store.

We don’t deserve to be shot while our hands are up, and there is no weapon in sight.

We don’t deserve the media’s incessant need to to prove why a brother or sister was deserving of death. Instead, we deserve that same fervor to prove why they were worthy of life.

We don’t deserve a lack of indictment, when we have a right to a fair trial and jury.

We don’t deserve to lose our lives before our chance to go to trial.

We don’t deserve to bury our sons, daughters, mothers and fathers, because of your unwarranted fear of us.

It’s YOUR fear of us, that has justified your hatred and mistreatment of us. It isn’t right, and it isn’t fair.

How long must we remain strong? How long before the weather, which has made us so resilient, contributes to us withering away? 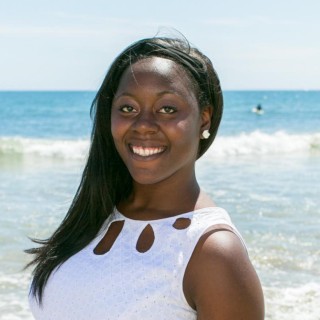